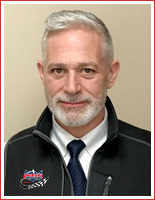 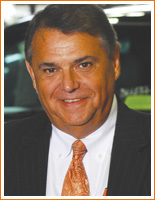 Ed has been in the auto industry for 42 years.

For 31 years, Ed worked for General Motors. He held numerous executive and management positions while working in a number of GM offices in multiple states.

For the past 11 years Ed has been a team member of Lynnway. As Director of Dealer Relations his job involves all aspects of building solid relationships and communications with dealers and the auction. Ed is also very active with National Auction Groups. He is presently an active national board member of the NAAA and represents the Eastern part of the country.

Ed played professional baseball as a pitcher for six years in the Detroit Tiger organization. He is also a veteran of the U.S. Army and a graduate of Roger Williams College. Ed grew up in Rhode Island. He has 2 children and one grandchild. 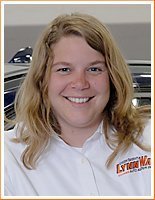 Jelly, as she is more commonly known at the auction, completed 2 years at Northeastern University before deciding to commit to the family business.

Jelly's understanding of the auction business started when she was just 10 years old. She started helping with on-site auctions for Jim Lamb Auto Auctions. At 13, she started working every summer at Lynnway with many different job responsibilities. With all her experience over the years, Jelly plays a key role on the Sales team and is recognized by her customers for her auction expertise.

Noted for being the first girl in Massachusetts to play High School Boy's Baseball, she applies the same tenacity, sportsmanship and comradery to her work and play.

Jelly loves to travel and attend rock concerts. She has an incredible record collection and she also has a passion for boating and snowboarding.

Harley is home grown at Lynnway Auto Auction. Coming from a sales career path six years ago, Harley worked as a Block Clerk and as part of the full-time Lot Staff. He knows all the ins-and-outs at Lynnway from the pavement to the sales office. Harley also works closely with Joe Sordillo on If-bids on Wednesdays and was the first to implement text notifications for If-bids.

Harley’s salesman nature and big personality stepped up to the plate for Lynnway. Harley launched the Dynamite Dealers Double (D) lane run to accommodate the needs of small dealerships. The attention and unity Harley brought to these selling dealers running 2 to 6 cars gained instant recognition and strong sales to these dealers in need of representation.

On the outside, while raising 4 teenagers, Harley takes time to be involved and coach his children’s sports programs. He also takes an enormous amount of pride being involved with youth mentoring programs in his city.

“Harley has made a major impact on our sales team since joining us last year,” says Dana Duchak, Sales Director. “He has built a strong rapport and trustworthy relationship with these dealers which has benefited their selling opportunities immensely,” Dana concluded. 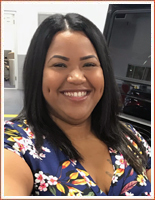 Gyna is our newest sales representative because...she has totally earned it! She started out as lot crew when the auction moved to North Billerica in 2012. Then, she joined the marketing team, directly interacting with buying and selling dealers. Her ability to speak Spanish has played a vital role working with customers.

Because of Gyna’s vibrant personality and her ability to juggle many tasks, she became a sales assistant managing the internal logistics for other sales reps. As her knowledge grew and her customer relations excelled, Gyna became the right fit to support selling dealers who she closely worked with. In fact, several selling dealers who love working with Gyna highly recommended she take on the day-to-day role as their representative. Both staff members and customers are very happy for Gyna to take on this role.

Gyna is a mother of two boys, Juan Carlos and Josiah, who she adores. Gyna shows the same tenacity and enthusiasm outside of work playing all recreational sports. She loves following major sports teams however, we all chide her for being a Pittsburgh Steelers fan. She also loves celebrating with family in true dominican style.

Growing up, I spent summers at my Grandfather’s autobody shop. I was fascinated watching him make the imperfect, perfect. You could say it was in those early years that I became hooked on cars. Fresh out of school, I was offered a job selling Volvos. I loved every moment and every lesson, well except snow removal.”

It was around that time that I met my husband. We were married and started planning for a family. I left the dealership and started working part time at a local independent auto auction. The management noticed my attention to detail, my love for the customers, and my dedication for following through each task that came my way. I returned to work after the birth of our first daughter. I was hired as the new dealer representative. Everything grew from there.

My love for auctions, for cars, for dealerships: large, small, new, and used. My family even grew! We welcomed a second daughter in March of 2016. When I’m not busy arranging for vehicle transportation, vehicle reconditioning, and selling vehicles at auction, I am teaching dance lessons and tending to my six chickens and my vegetable gardens at my home in NH. 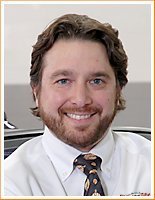 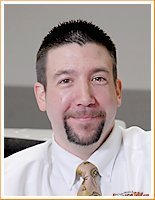 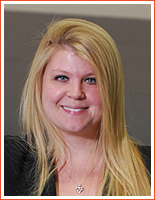 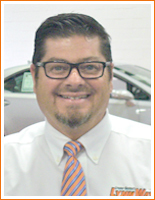 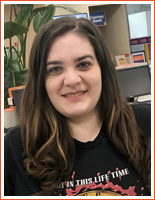 Gyna is a genuinely kind, caring and joyous person. With a big heart, she assists dealers with their business at Lynnway. They appreciate it immensely. Gyna makes lots of phone calls during the week to many dealers. She checks to see how their first time experience was. She  thanks dealers for their business each week and finds out what vehicles they are interested in. Developing custom runlists for dealers is her specialty. And, if you haven’t been to Lynnway yet, she’ll offer you a big welcome while insisting that you experience Lynnway's hospitality, great inventory selections and world-class service.

Gyna is bilingual which is a huge benefit to our Spanish speaking dealers. They truly appreciate her assistance and ability to translate their needs to other Lynnway staff. Gyna actually started at Lynnway 5 years ago as a driver and lot person, so her experience is from the pavement up. Gyna’s knowledge and experience is a huge plus for dealers and her big personality is surely a bonus.

Coming from the Dominican Republic as a child, Gyna grew up and was schooled in the U.S. She has a son named Juan Carlos whom she totally adores and she especially loves family celebrations with lots of great Dominican food.